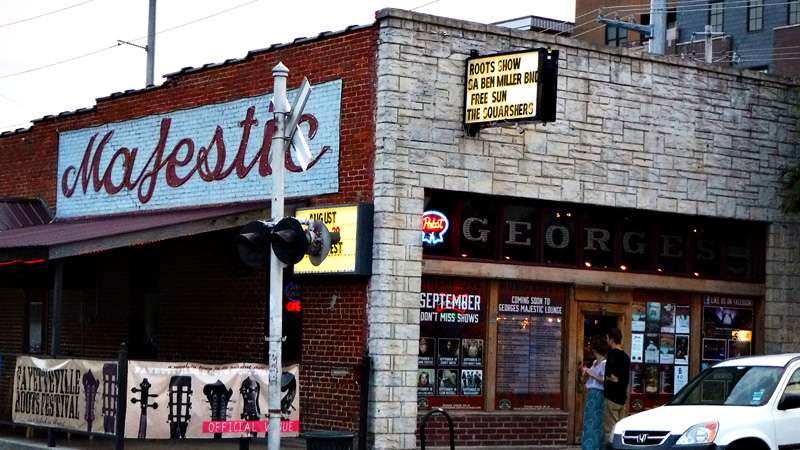 George’s listed in the top 100 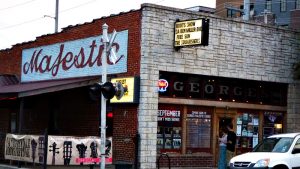 Congratulations George’s Majestic Lounge! Listed by the music magazine Consequences of Sound at #87, and the only one from Arkansas, in their top 100 American Music Venues.

Check their awesome schedule and come see FlashBack, we will be playing here May 20th. Come and celebrate this fine establishment with us.

The longest-running club in Arkansas sure looks the part, with its rustic brick interior, worn-in atmosphere, and impressive collection of University of Arkansas yearbooks dating all the way back to 1911. (If you’re a regular, they might even ask you to sign one.) George’s Majestic Lounge began hosting regular live shows sometime back in the 1970s, and it’s a good bet that some of the white-bearded dudes sitting at the bar on any given night were there for at least a few of them. These days, the music tends to skew toward blues and roots rock (this is the South, remember), and luminaries such as Robert Cray, Leon Russell, and Charlie Robison have been known to stop by from time to time. It’s hard to blame them, seeing as how there aren’t many bars like this left in the world. 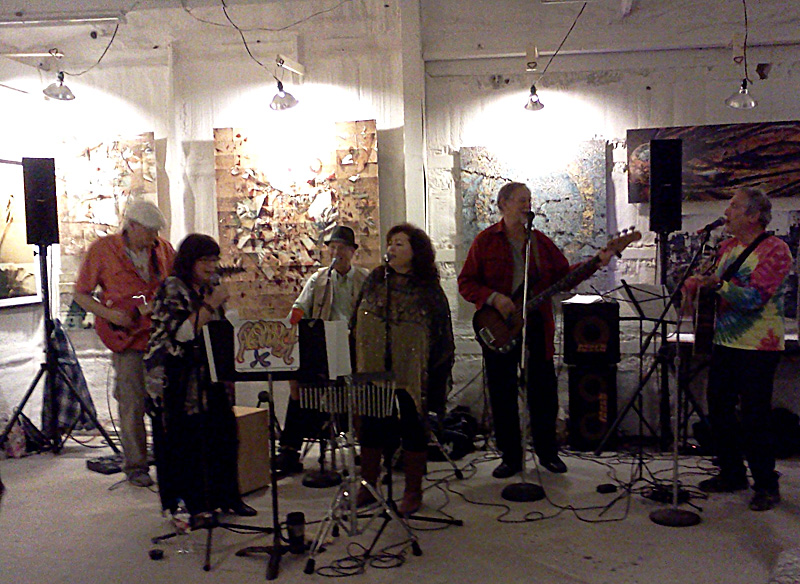 Solstice Parties are special. You go in and it’s like all short days and long nights and you come out ‘bring on the longer days and more light!’ So we welcomed the Winter with some very Lovely Souls and Music and Food and Friends. Not to mention the seriously wonderful Art. Here’s to a great…

Once again FlashBack will be performing at Bear’s Place on 15th the 8th of May. Hope to see our dancing friends there! 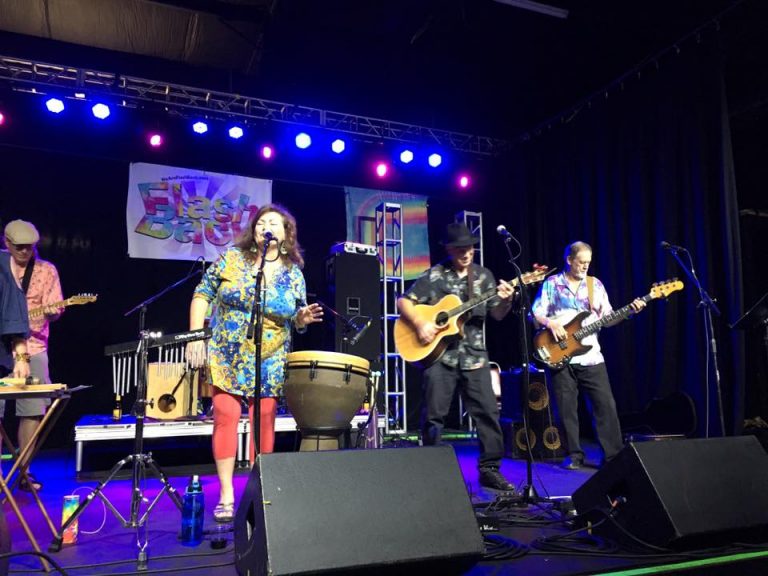 Thank You Volunteers! We surely enjoyed the Volunteer Party at George’s last night. The Walton Crew is fabulous and the Catering was awesome and thanks to Carlton for doing great sound work. And thanks to George’s for hosting the whole thing! Consider Volunteering at the Walton Art Center, you will not regret it! It’s fun… 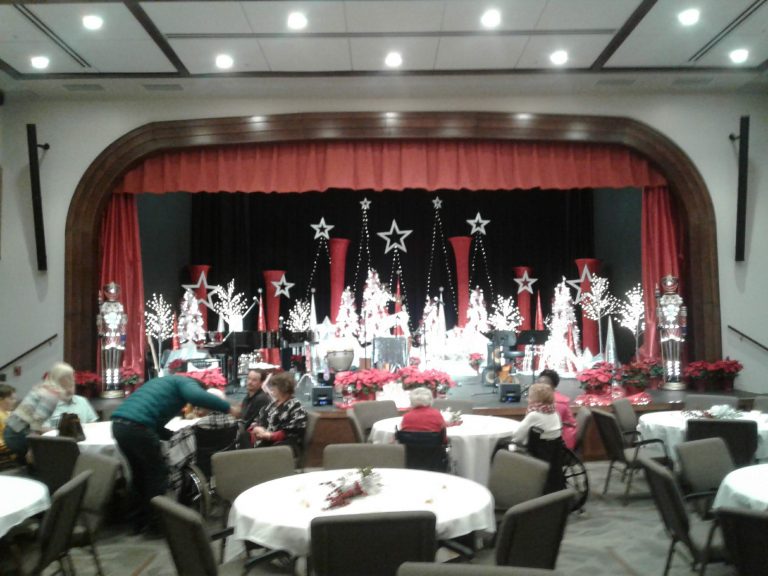 We want to once again thank Butterfield Trail Village for having us play for their Holiday Party. We always enjoy the people and beautifully decorated performance hall. Happy Holidays to everyone! 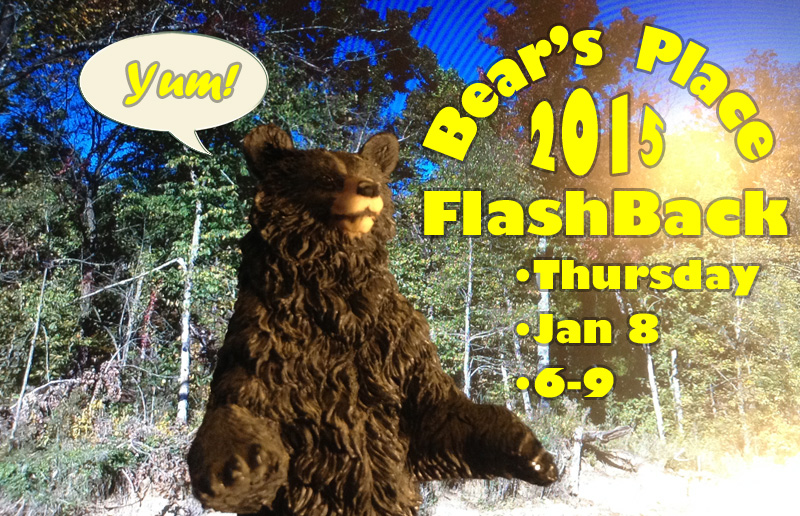 Wake the Bears, a blast from the present, FlashBack, at Bear’s Place this Thursday, January 8th. Why hibernate when you can celebrate! Bearing it all at Bear’s. Be Bear or be square! 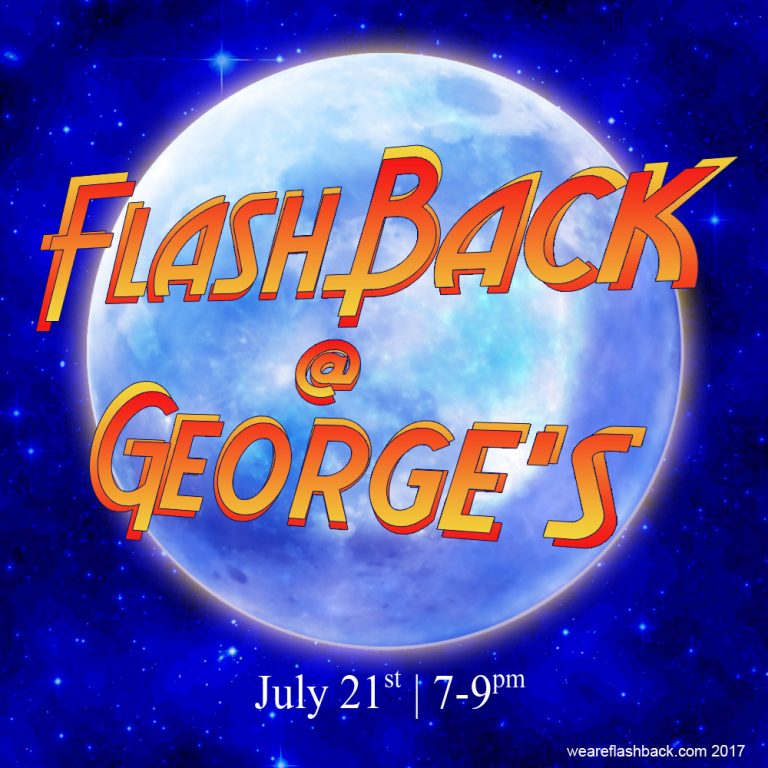 Come Make Some Noise! FlashBack is back at George’s Majestic Lounge. High Summer and Chill Times. We Love seeing all you smilin’ dancin’ folks. July 21, 7-9. Bring on the good time Summer Nights!